If you haven't heard of TikTok then you are definitely not Gen Z. More than 1 billion people - mainly teenagers - have downloaded the app in the past 18 months, surpassing both Instagram and Snapchat, and hard on the heels of Facebook. 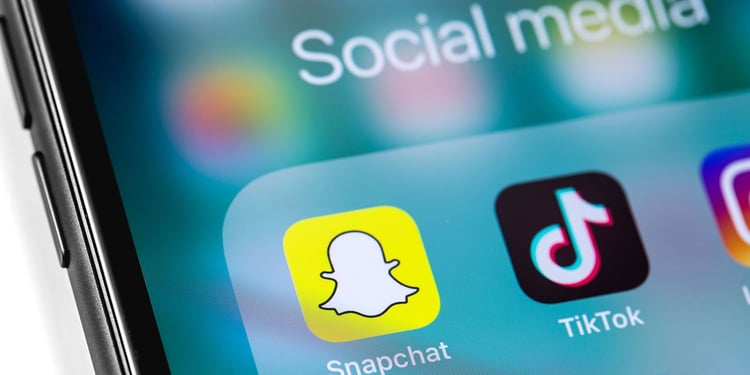 TikTok - or Douyin as it is known in China - is the world's fastest growing app.
In 2018 it was downloaded 663 million times. This compares to Facebook being installed an estimated 711 million times last year, and Instagram having about 444 million new downloads.
It is being predicted that TikTok's incredible rise in popularity could threaten Instagram’s user base over the next few years, as many teenagers are preferring the interactive video format to the formula-style Instagram selfie stories.

TikTok, initially took the teenage world by storm with impressive and creative lip-syncing or dancing to popular songs. Taking up where Vine left off, users on TikTok share videos up to 60-seconds long, and most commonly post pranks, short, Vine-style comedy sketches, and the platform’s bread and butter: lip-syncing videos.

YouTube’s most-followed star, PewDiePie, talks about TikTok on a daily basis in his videos. The star app also has good penetration among Western teens, sparked by the advent of musical.ly, which merged into TikTok.

After WeChat, only TikTok has been able to grow so fast into a mainstream app, but TikTok is taking on the world, whereas WeChat is only used by Mandarin first language speakers.

The app offers a variety of effects, filters and stickers so users can enhance their videos. TikTok takes the silly factor to a new whole-hearted level that makes it universally adored as a short-form video platform. Tiktok style content is not found natively on YouTube. you’d have to literally search for TikTok compilations.

Company worth US $75 billion

Chinese company ByteDance, launched Douyin in 2016 after noting the popularity of Vine-like short videos and karaoke clips. After purchasing Musical.ly the company merged the two apps and created TikTok. By 2018, ByteDance had a global footprint, with operations in Japan, South Korea, Southeast Asia, North America, Europe, Brazil, and India.

In October 2018 Bytedance Ltd. closed $3 billion of funding from SoftBank Group Corp.and other major investors at a valuation of $75 billion.

This cemented its position as the world’s biggest privately backed startup and put it on par with the country's biggest tech companies.

Will it last and will it pay?

Like many social media phenomenons, the next move is to cash in on the popularity of the platform with advertising and revenue generation. As Facebook discovered, this can take some time if users are not to be alienated.

TitTok...will the app time out or will it only be a matter of time before it takes over the number 1 social media spot. Only time will tell.