Has the bubble burst for Huawei?

It’s no secret that Donald Trump and the US have been suspicious of Huawei for a while now. But it may have come as a surprise to some when the US forced its companies to cut ties with the Chinese tech giant altogether. Could this mean the end for Huawei in the west?

As the world looks on, the US is leading the charge in taking down what it sees as a security threat of the highest level. While Australia was the first to notice the danger posed by Huawei’s 5G networks, it has been Trump’s words and actions that have sent shockwaves around the world.

By placing Huawei on the Entity List, Trump not only forced all US companies to cease trading with Huawei but created a limbo for British and European companies as they try and stay on the right side of Trump’s Administration. Google was one of the first to announce their suspension of activities with Huawei and was quickly followed by Qualcomm, Intel, as well as ARM Holdings and Panasonic operating out of England and Japan respectively. 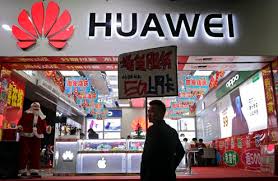 An Australian investigation into the potential risks a nation would face should hackers gain access to its 5G network showed alarming results. Due to the nature of 5G and the Internet of Things (IoT), the access would give unprecedented power to the hackers. With Huawei looking to provide the world with affordable 5G networks and their supposed links to Beijing and the Chinese government, alarm bells started to ring.

The potential risk for spying and espionage was far too significant to overlook for Australia, New Zealand, Japan, Taiwan, and the US. All of which decided to ban and phase out the company’s products and mobile networks.

What’s next for Huawei?

Huawei seems confident they can step away from Google’s Android platform, but the real test will be to see if they can survive without foreign-made semiconductors and microprocessors from ARM and Qualcomm. China’s Made in China 2025 strategic plan is well underway, but has enough progress been made for Huawei to move to homemade components and software so soon?

Having being given a 90-day reprieve from the ban, Huawei has time to try and figure out what to do next. But, given the size of their operation, stockpiling components won’t be enough.

How does this affect us?

From a consumer point of view, the rollout of Huawei 5G phones has ground to halt in the UK, Japan and the US. And Australian telcos currently have no plans for Huawei devices beyond the recently released P30. 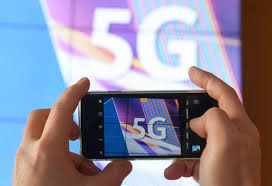 Those that currently own Huawei devices can only sit back and watch, as the saga continues to play out. The hardware issues will only affect new phones off the production line, but the real concern is whether or not current devices will continue to receive any updates and support from Google’s Android platform. With phone retention rates at all-time highs and Huawei’s presence in Australia only recently being made, there will be a lot of new Huawei owners nervously waiting to see what happens next.