Australian businesses reported 63 data breaches in the first six weeks of mandatory notification rules coming into effect, with "human error" listed as the most common cause.

The figures compare to only 114 self-reported instances for the entire 2016–17 financial year.

The Office of the Australian Information Commissioner (OAIC) has released its first quarterly report since the mandatory data breach notification scheme came into effect on February 22. [pdf]

The number of reported breaches grew from six in February to 55 breaches in March.

An even 50 percent of breaches were put down to 'human error", however malicious or criminal attack was not far behind at 44 percent. 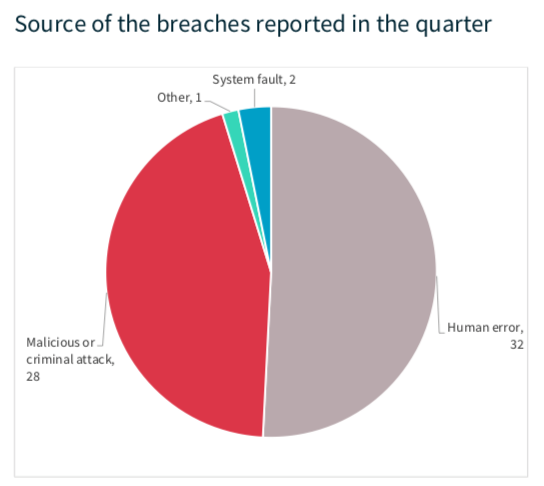 Health services providers were responsible for the single largest number of notifications (24%), followed by businesses that supply “legal, accounting and management services” (16%).

The OAIC said 78 percent of notifications it received impacted “contact information”, compared to 24 percent that exposed “identity information”. “Health information” was exposed in 33 percent of the cases and “financial details” in 30 percent of cases. 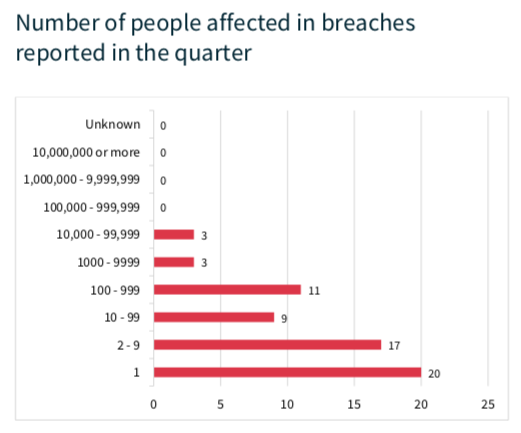