Why would I want an iPhone SE? 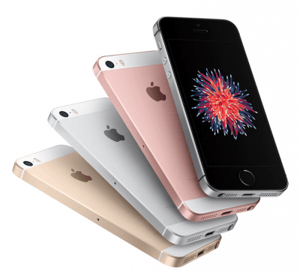 The subtleties are all in the name. This is the iPhone SE.

It might look like an iPhone 5S, but it would be a mistake to judge this phone by its cover.

The SE stands for Special Edition. And what's so special?

Why would anybody buy the iPhone SE ?

Well there are quite a few reasons actually...

Priced from AUD$679, the cost of the new iPhone has disappointed many who were hoping for a device coming in under the AUD$500 mark. Some have suggested the SE stands for Still Expensive. That may be the case but there is no escaping the iPhone SE is still the cheapest iPhone at launch and currently available from Apple Australia.

The iPhone SE is a full 30% cheaper than the lowest priced iPhone available today from the Apple Australia website.

In a short time the iPhone 6 is likely to drop in price but right now it costs a minimum $929 on outright purchase, and the iPhone 6S starts at $1,079.

Suddenly from $679, the iPhone SE is looking like a bargain.

For enterprise business customers it will also mean a new option at the lower end of the MRO offerings.

Telstra Business has the iPhone 5S from $65 per month on a Go Business Mobile plan, with the next least expensive option the iPhone 6/6S jumping to a minimum $86 per month.

Telstra has already intimated the iPhone 5S is close to end of life, and while the new iPhone SE has not yet been included in the Telstra plan family, it is likely it will replace the 5S so business users will enjoy a superior device at the lowest end of the MRO range.

Contrary to popular opinion, it seems that many people think that size does NOT matter.

In fact significant numbers seem to have a preference for the smaller 4-inch device that can still fit in their pocket or purse.

Over 35% of iPhone owners are still using a 4-inch device.

According to data from analytics company,  MixPanel , around 36% of active devices are still made up of 4-inchers including the iPhone 5S at 18%, followed by the iPhone 5 at 8% and 5C at 5%. 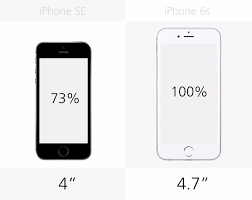 9To5Mac surveyed its own audience of 15,000 readers and found 35% planned to upgrade to the new 5SE with 24% of those already holding a 4-inch device and another 11% downsizing from a larger iPhone.

The 5SE has all the trademark style and design of the latest Apple products. This will look like a new iPhone.

The new SE has the same A9 processor as the iPhone 6S. The A9 chip will allow it to turn on when a user says "Hey Siri" and will enable Apple Pay.

The SE has a 12-megapixel camera which is superior the 6 which has 8-megapixels and is on par with the 6S. It will be able to take Live Photos - an Apple feature that adds 3 seconds of subtle movement to a still picture. It will perform better in low light conditions than the 6 and takes higher resolution panoramic photos.

The iPhone SE ships with the updated iOS9.3 patch while the iPhone 6s ships with iOS 9.2.1. Some of the features of iOS 9.3 include: