"We will do a few stunts, or demos and things like that … but that’s not really the core of the 5G launch,” says Vodafone Hutchison Australia (VHA) chief, Iñaki Berroeta, as he talks down the hype around 5G. 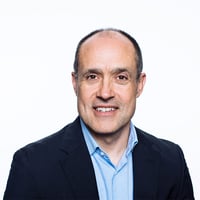 Berroeta refused to buy into the hype when questioned last week about the imminent arrival of 5G. On the contrary, he signalled a more measured approach saying he does not expect 5G devices to be in the Australian market until at least the end of 2019.
Berroeta said despite completing some 5G trials, it was "a bit early" to say when Vodafone will "go to market" with 5G. He stressed the new “ecosystem” for the mobile technology needs to be put into place first before carriers started pushing product.

All carriers to launch in same window

Berroeta also predicted that “most of the market” would be launching 5G within a one or two month window when it arrived.
He played down some of the marketing around the arrival of 5G and 5G speed claims.

“We [will] also do a few stunts, or demos and things like that … but that’s not really the core of the 5G launch."

Learn more about the benefits that 5G will bring to Australian business with this 4 min read.

Vodafone increases customer base by 5%

The VHA made the 5G comments when speaking to the telco's six month results to 30 June 2018.

Those results, meanwhile, are improving, despite the carrier recording a $92.3million loss for the half year.

The loss was attributed in part to depreciation and amortisation costs flowing from its 2017 spectrum licence purchases and accounting changes.