5G has significantly increased the speed and responsiveness of wireless networks and expand them to enable hundreds of thousands of connections. 5G offers greater capacity, higher data rates and much lower latency, and it will support further innovations such as the internet of things (IoT) and network slicing, creating a smarter, more connected world.

With 5G comes unprecedented speed and connectivity the kind needed to make autonomous, or self-driving, cars a reality. 5G networks have what it takes to allow faster than ever communication and data processing between vehicles, networks, infrastructure and even pedestrians. In other words, 5G networks will facilitate communication between everything on the road from lampposts to gas stations in the interest of safety and traffic management.

The main advantage of 5G over 4G for users is better coverage, i.e., signals hit previously hard to reach places with connection guaranteed as part of service plans. What's more, subscribers have finally got the extraordinary quality they expect on their devices, with downloads predicted to have no perceptible delay.

5G offers a striking advantage over previous technologies, with virtually unlimited capacity and short lag times. In addition to better quality and considerably faster streaming, 5G promises revolutionary immersive experiences, including multisensory digital content thanks to the increased capacity that will support technologies like virtual reality, augmented reality and 3D.

What makes Telstra the best in 5G?

*Based on analysis of Speedtest Intelligence® data by Ookla® for September-October 2018. Ookla trademarks used under license and reprinted with permission.

How Telstra is implementing Technologies

5G promises a range of use cases including IoT, industrial IoT, smart cities and transportation and real-time video but guaranteeing the performance of these new services and applications will require flawless service assurance solutions. And to support these various industry use cases, Telstra is transforming its network architecture.

Telstra 5G networks are designed to work in conjunction with 4G networks using a range of macrocells, small cells and dedicated in-building systems. 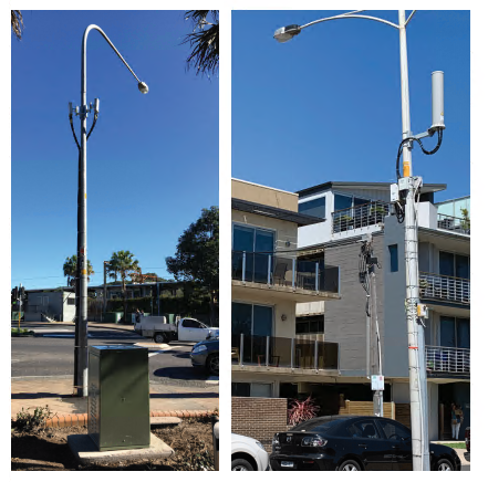 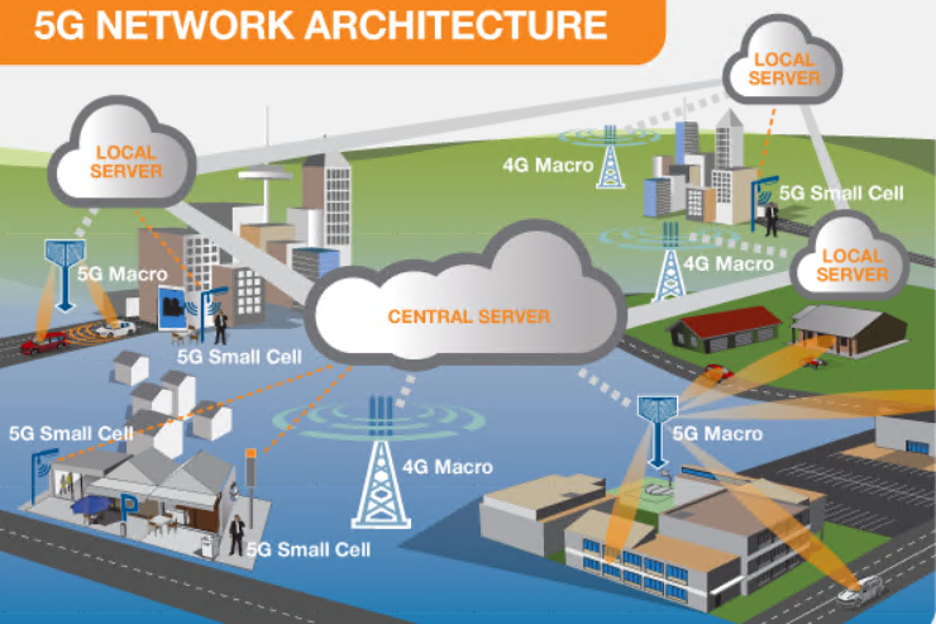 The network architecture illustrates 5G and 4G working together, with central and local servers providing faster content to users and low latency applications.

A mobile network has two main components, the Radio Access Network and the Core Network.

It consists of various types of facilities, including small cells, towers, masts and dedicated in-building and home systems that connect mobile users and wireless devices to the main core network.

Small cells will be a significant feature of 5G networks, particularly at the new millimetre wave (mmWave) frequencies where the connection range is short. To provide a continuous connection, small cells will be distributed in clusters depending on where users require a connection which will complement the macro network that provides wide-area coverage.

5G Macro Cells will use MIMO (multiple inputs, multiple outputs) antennas that have various elements or connections to send and receive more data simultaneously. The benefit to users is that more people can simultaneously connect to the network and maintain high throughput. Where MIMO antennas use vast numbers of antenna elements, they are often referred to as 'massive MIMO'; however, the physical size is similar to existing 3G and 4G base station antennas.

It is the mobile exchange and data network that manages all of the mobile voice, data and internet connections. For 5G, the core network is being redesigned to better integrate with the internet and cloud-based services and includes distributed servers across the network, improving response times (reducing latency).

Many of the advanced features of 5G, including network function virtualization and network slicing for different applications and services, will be managed in the core. The following illustration shows examples of local cloud servers providing faster content to users (movie streaming) and low latency applications for vehicle collision avoidance systems. 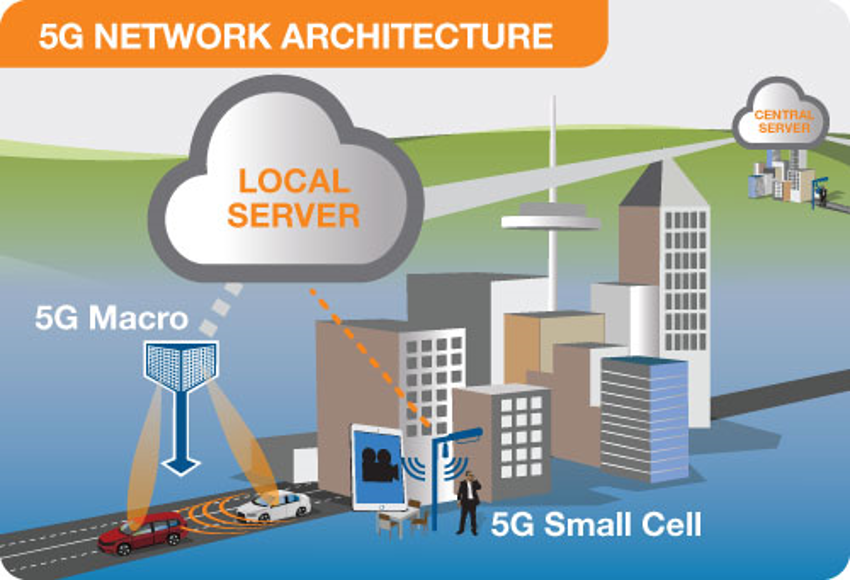 Network Slicing enables a smart way to segment the network for a particular industry, business or application. For example, emergency services could operate on a network slice independently from other users.

Network slicing enables the most economical model to provide service differentiation and meeting end-user SLAs. The overall opportunity with network slicing is that it opens up for new types of service offerings and support different enterprise business models, flexibly with a high service deployment velocity.

It is the ability to instantiate network functions in real-time at any desired location within the operator's cloud platform. Network functions that used to run on dedicated hardware, for example, a firewall and encryption at business premises can now operate on software on a virtual machine. NVF is crucial to enable speed efficiency and agility to support new business applications and is an essential technology for a 5G ready core.

Telstra has rolled out more than 800 5G sites across the country. With covering over 46 towns and cities and regional centres across Australia, over 600 suburbs have now reached a coverage rate of 50% for the 5G network, more than any other system.

At the moment, Telstra has the most extensive 5G coverage in Australia and based on real-world testing, the fastest. In our speed tests, we've seen 5G devices get speeds of over 700Mbps on the Telstra 5G network, compared to max speeds of around 400Mbps on the Optus 5G network. Of course, rates will also vary depending on location.

In non-5G coverage areas, the user will automatically switch to 4GX/4G or 3G. Check Telstra coverage map to find out more.

The following is a list of 5G tower locations of Telco's across Australia, obtained from the Australian Mobile Telecommunications Association (AMTA) under fair use and confirmed with site location data from the Radio Frequency National Site Archive (RFNSA).

A snapshot of 5G tower locations across Victoria. Source: RFSNA 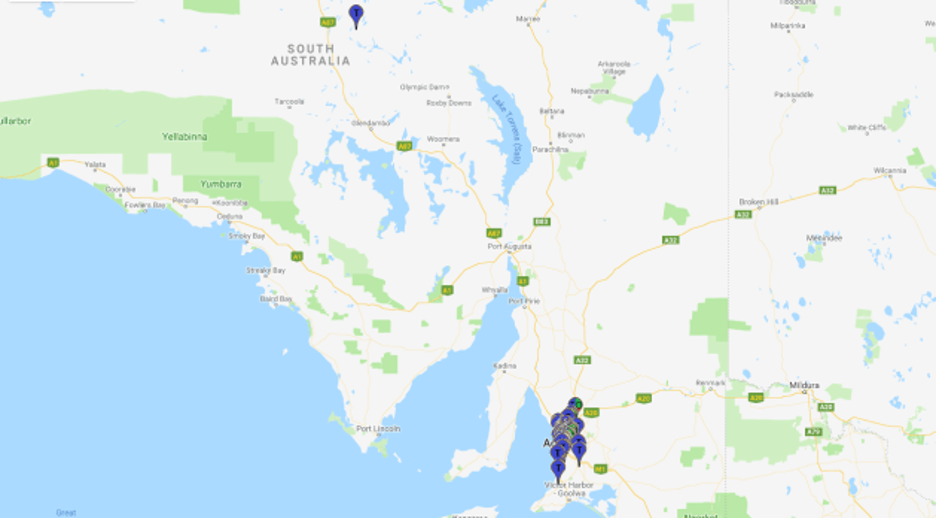 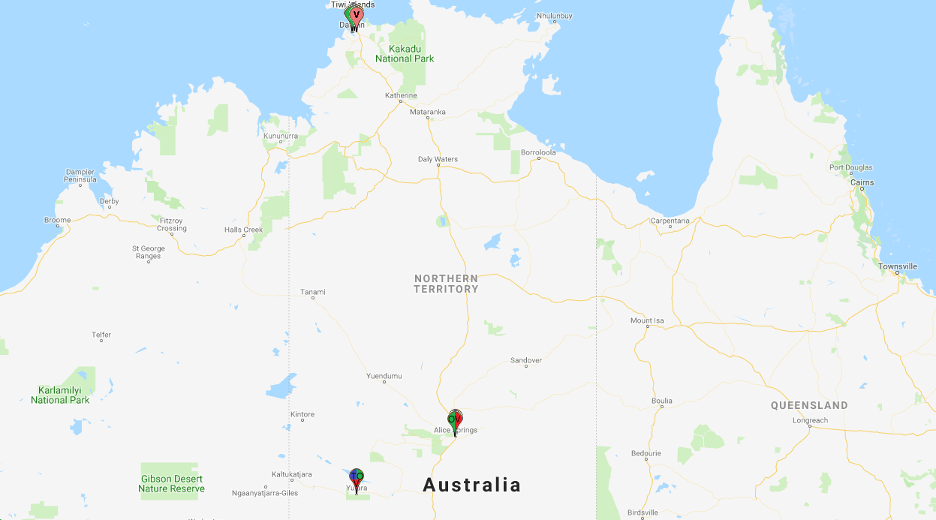 A snapshot of 5G tower locations across the ACT. Source: RFSNA

A snapshot of 5G tower locations across Queensland. Source: RFSNA

Vehicle communication has been investigated long before 5G. It is possible to perform automatic driving via in-car sensors like camera, radar, lidar. However, 5G's design is targeted to offer stringent performance, such as ultra-low latency and ultra-high reliability that will bring vehicle communication to the next level, e.g. from assisted-driving to cooperative autonomous driving.

Vehicle communication that relies on a network requires a wide coverage range, e.g. along the highway, in rural or in the urban area. Hence, the operator will play a vital role in the ecosystem of the automotive industry. Due to security concern, automotive companies may deploy their private cloud environment to host automotive applications. To cope with performance requirements, it is essential for a vertical customer to seamlessly integrate its resources as well as services together with an operator's territory.

Due to the excellent progress of IoT, industrial automation, cloud technology, etc., the manufacturing industry is also undergoing the digital transformation process. Being different from the above mentioned automotive industry, players from manufacturing industry usually have more diverse business roles in its ecosystem. On one side, they could be providers for external customers in terms of mechanical components, technical solutions, etc.. On the other hand, they could be the users of their solution, e.g. digitizing their plants. Especially for cases like control of industrial machines, communication is usually limited within the factory campus. Manufacturing industry players may well be using private networks (unlicensed or granted usage of the licensed spectrum) tougher with their cloud resources. The business scope for such manufacturing industry is very international. For tier-one players, the number of plants may be in the order of two to three digits and spread in different countries and even continents. Therefore, global network slicing operation is essential for such use case. Moreover, global network slicing concept will also bring added-value for the vertical customer in terms of business development, because under one unified platform could shield the complexity of business negotiation among different administrative domains.

5G and IoT will provide a wealth of data allowing them to gain insights into their operations like never before. Companies will operate and make critical decisions driven by data, innovate in agriculture, smart farms and manufacturing, paving the way for cost savings, better customer experience and long term growth.