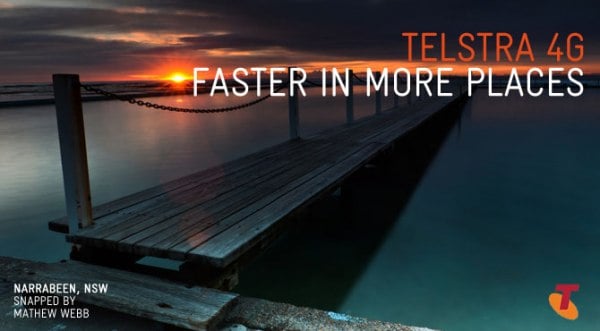 Telstra will extend its 4G coverage to 85 per cent of Australians by Christmas.

Holiday towns are among 200 towns to get the improved service.

In response to demand from customers for superfast mobile services, Telstra will extend 4G coverage to a further 200 regional towns across Australia in the next six months, including towns such as Batemans Bay (NSW), Colac (VIC), Biloela (QLD), Berri (SA), Margaret River (WA) and Latrobe (TAS).

Telstra Chief Operations Officer, Brendon Riley said the roll out program will take Telstra's 4G coverage to 85 per cent of the population by Christmas this year, up from 66 per cent at the end of June.

"Each week, large numbers of customers are choosing a Telstra 4G mobile device to enjoy the superfast speeds that our network offers. We want to make that experience available to even more customers in more places across Australia," Mr Riley said.

"Last August, we committed to extending our 4G coverage to 66 per cent of Australians by June 30. Having met that target, we are now committing to have superfast services in place for 85 per cent of the population by the end of the year by upgrading another 1500 base stations before Christmas.

"We already offer 4G services in approximately 100 regional locations and this new expansion will take 4G services to more than 200 new towns and increase our capital city footprint across many more suburbs," Mr Riley said.

By Christmas this year, Telstra plans to:

"Since 4G was introduced in 2011 we launched 33 4G devices, with 27 of those still currently available. This is the most extensive range of 4G devices of any carrier in Australia," Mr Bray said.

"Our customers have a wide choice of pre and post paid smartphones, tablets and data devices, and we continue to collaborate with device manufacturers around the world to ensure we can give our customers a great range of 4G devices now and into the future.

"We will continue to offer Australians the most extensive and technically advanced 4G coverage in this country. This is important as we continue to manage capacity in our network and build out wireless services for the future," Mr Bray said.

VoicePlus is proud to be a Telstra Enterprise Partner.