Telstra has lured Australian-born, Robyn Denholm, back from the United States to take on the role of Chief Operations Officer.

After a difficult spate of reputation-damaging outages in 2016/17, who is the woman charged with the demanding job of  improving Telstra's network? 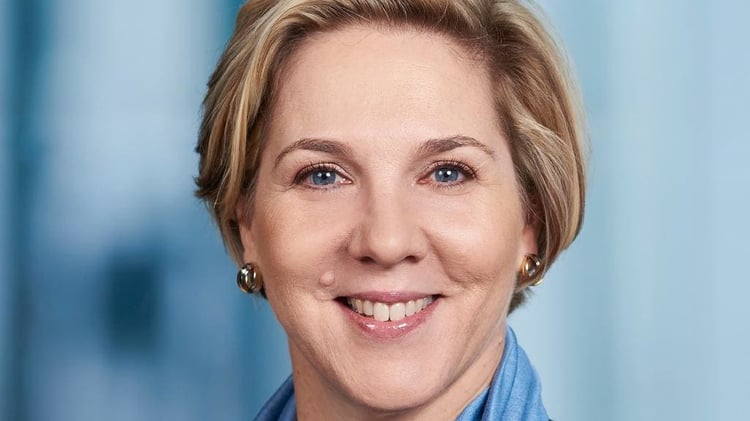 Robyn Denholm (53) will take up the position of COO in January 2017, replacing long term incumbent, Kate McKenzie who announced her retirement in July.

Denholm enters the arena with Telstra's reputation under siege from an embarrassing series of network failures which have eroded its position as Australia's premium network provider.

Her first task will be to manage the AUD$3 billion program of work to improve the network and customer experience over the next three years. This is in addition to the AUD$12 billion operating and networks budget.

Telstra CEO, Andy Penn, professed his confidence in her ability, as he announced her appointment last week:

"Robyn has a proven track record as a global COO in a business focused on telecommunications networks.

"She has overseen business model transformation, supply chain and broader business process re-engineering. She has been a senior executive and director in a range of complex technology environments which make her ideally qualified for the role."

Robyn Denholm (53) was born and raised in Milperra, NSW, with her parents owning the local service station. The media has linked her rare combination as "a finance guru with a genuine interest in technology" to her early days, when she is reported as liking to tinker with car repairs.

"At school I loved science. I did physics, chemistry, biology, and I thought that I would end up doing something [in that area]. But when I did my HSC I realised I wasn't as gifted in the sciences as I'd thought."

Her gift turned out to be in accounting, a talent she also honed in the service station helping her parents with the bookkeeping. Denholm went on to study economics, accounting and industrial relations at the University of Sydney before undertaking a Master's in commerce at the University of NSW. She now sponsors a scholarship for a disadvantaged student at the UNSW Australian School of Business.

From Milpeera to Silicon Valley

From uni, Denholm was employed as a graduate directly into Arthur Anderson's Sydney office where she spent almost five years developing her skill set. She then took her first calculated career risk moving to Toyota as the Finance Manager for Sales and Marketing. Within seven years she became one of a very few woman to rise to the upper echelons of the Japanese company, culminating as National Finance Manager based at the Melbourne Head Office.

In 1996, she left Toyota for her first technology company - Sun Microsystems -  to be its Sydney-based director of shared financial services for the Asia-Pacific region. Sun was best known for  the creation of the Java programming language, the Solaris operating system, ZFS, the Network File System (NFS), and SPARC. Sun contributed significantly to the evolution of several key computing technologies, among them Unix, RISC processors, thin client computing, and virtualised computing.

She travelled constantly in the role, and in 2001, Sun convinced Denholm along with her two children to move to their Colorado office as the VP Finances for the services division. During 11 years at Sun, Denholm rode the dot.com bubble and bust, and rose to become Senior Vice President of Corporate Strategic Planning, based in Silicon Valley.

However there was to be no resting on her laurels.

"I don't jump out of planes or bungy jump or any of that stuff," she says. "But I do take professional risks. You make the best decisions you can with all the information you have - and you have to move quickly. You're not pushing hard enough if you never make mistakes."

By Juniper she's done it

Living by her philosophy of continuous learning and "pushing hard", Denholm changed career tacks leaving strategic planning and returning to her finance roots when she joined Juniper Networks in 2007 as Chief Financial Officer.

In her nine years at Juniper Networks, Denholm was part of a complete rebranding of the company with its listing moving from the NASDAQ, home to many technology companies, to the New York Stock Exchange, home to many of Juniper's customers. On her watch, annual revenue grew from $US2.8 billion to $US4.9 billion in 2016.

In 2009, the company boldly refused to accede to investor demands for a 10 per cent cut in Juniper's workforce. Instead, it continued to invest in R&D, and Denholm justified the strategy at 290 investor and internal meetings over the course of the year. The market shrank by 20 per cent in that year, yet Juniper's revenue dropped only 7 per cent, and operating margins fell just 4 per cent.

Denholm rose to Executive Vice President, Chief Financial and Operations Manager at Juniper before accepting the offer to return to Australia and her new role at Telstra.

She is also a director for Tesla Motors in Palo Alto, and Zurich-based robotics and technology company ABB.

Denholm told The Australian earlier this year that she has always been "one woman amid a sea of men."

“I came up through the ranks at a time when there were very few women leaders. Most of my mentors were men.

“A lot of people, and it’s valid, talk about gender diversity and ethnic diversity, but to me the root of all of that is actually how people think and the experiences they’ve had.”

“I don’t care what people look like. If everybody thinks the same way they won’t create the next wave of innovation. They need differences of opinion and differences in life experiences,” she said.

"Fostering a community of peers is one of the most important things a mentor can do. Get people together and they can solve anything, whether they’re male or female. Mentoring the next generation of CFOs is the primary responsibility.”