No more 'lock-in' plans, no allegiance to any carrier, and the ability to switch automatically to the network which provides the best coverage and price as you travel the world. This is the promise of the eSIM. 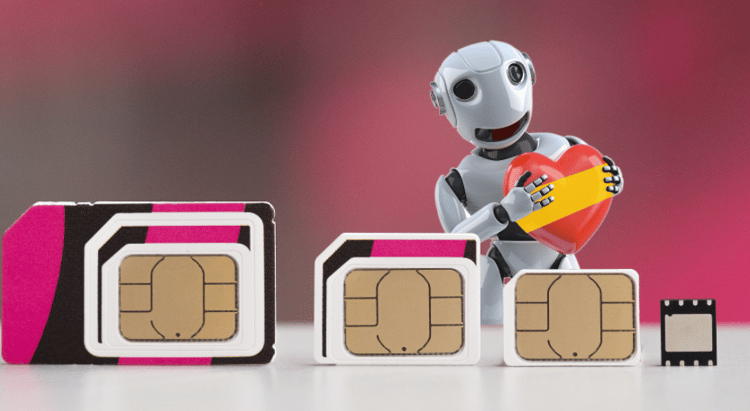 Will eSIMs down the telcos?

No, of course not.

But the eSIM has the ability to severely disrupt the current relationship that telcos currently have with us.

eSIMs will change almost everything about how we research, buy and use mobile phone company services. This is likely to occur in the next two years - actually it has begun.

The game-changer and true potential of eSIM technology is that mobile devices will no longer be "locked" to a carrier network.

Users can switch carrier at will

In the new eSIM world, switching from one provider to other will be automated, rather than requiring the removal of one SIM card and switching it out for different providers.

eSIM will make it easier for consumers to have multiple pay-as-you-go contracts from different providers on a single phone.They could switch to the cheapest rate depending on where they are.

Apps, or networks like Project Fi, that function as brokers could monitor and negotiate which network to select based on best performance or price.

It is already happening!

Okay not in Australia...not yet. But in the US.

Google’s newest smartphone, the Pixel 2 is the first mass market device with an eSIM.

Google has teamed up the Pixel 2 with Project Fi. As long as you’re a Project Fi subscriber, Google will use the devices’ built-in eSIMs to authenticate your cellular account, and to seamlessly switch you to the fastest network.

Project Fi has partnered with Sprint, T-Mobile, and U.S. Cellular, three of the leading carriers in the US.

When multiple carriers are available, Project Fi will move you to the network that our analysis shows will be fastest in your current location, whether that is 4G LTE, 3G, or 2G. We’re constantly learning and improving, to account for factors such as newly-built towers or newly-available radio frequencies. And if your current network is providing weak or no coverage, we’ll adjust in real time to find you a stronger connection.

So at the moment, the aim is to switch users to the fastest carrier, but it is only a matter of time before the objective could be to switch to the cheapest carrier.