Samsung Galaxy S8 or iPhone 8 - what we know so far

The Samsung Galaxy 8 was unveiled at a media event in New York a few weeks ago, while the iPhone 8 will be unboxed in September. How is the battle of the big brands shaping up?

We have the Galaxy S8 to compare against now, and I've done all the legwork on the iPhone 8 for you. I've scoured every Chinese supply chain rumour, the many design video mock-ups, and the most recent comments coming out of Wall Street and Taiwanese analysts. And at the end of it all...you'll need to be your own judge, because there seems to be little in it.

Samsung get to go first, because they always do - launch first that is. The Samsung Galaxy S8 and S8+ were unpacked in New York on March 30.

What did they bring to the party?

An edge to edge Infinity Display: on March 3 2017 Samsung applied to trademark the term ‘Infinity Display’ for smartphones, tablets, and OLED screens. The Galaxy S8 delivered on the promise of an edge-to-edge display with hardly any bezel when viewed from the front. (see pic right).

Edge replaced by S8+: Rumour had it the Edge would go and it has been as predicted by the S8+. In previous years, Samsung had launched Galaxy S smartphones alongside an ‘Edge’ variant with a curved edge-to-edge display. In 2017 both phones feature the infinity display, and the S8+ is simply a larger version of the S8, much as the iPhone has its Plus size.

Unchanged phone size but larger screen: Both Galaxy S8 devices feature larger 5.8-inch and 6.2-inch displays, up from 5.1-inches and 5.7-inches on the old phones. But this doesn't mean the phones are bigger. The new Infinity display is said to have increased the screen-to-body ratio.

Bixby AI voice commands: In the week prior to launch, Samsung Australia sent through a mobile press release to VoicePlus titled Bixby: A New Way to Interact with your smartphone. The Galaxy S8 has a subset of pre-installed applications which are Bixby-enabled." This could be the start of AI for the masses.

More powerful chipset: some markets get Samsung’s custom-built Exynos 8895 chip, while others get Qualcomm’s new Snapdragon 835 processor – which Samsung manufactures. What’s important about both chips is they offer more power - up to 27% improved performance - or better efficiency - up to 40% lower power consumption - compared to older 14nm chips. 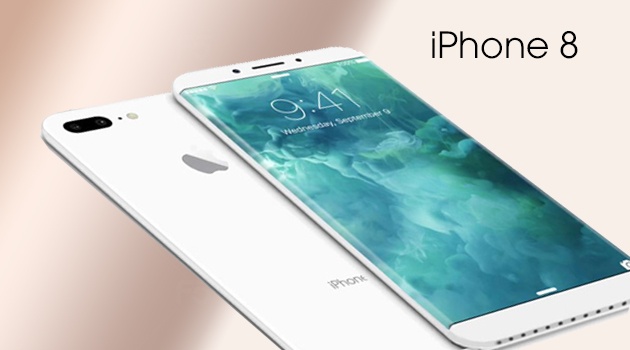 Actually it may not be the iPhone 8. Wall Street analysts are calling it the iPhone X with the X denoting the latin numeral 10 on the 10-year anniversary of the iPhone. Other rumours have it as the iPhone Edition, iPhone Pro or Apple phone.

Whatever, the next iPhone is called it is universally expected to be unveiled in the first week of September and may be the first event at Apple Park in the Steve Jobs Theatre.

Consumers have high hopes the iPhone 8 will bring an unprecedented level of innovation, and propel Apple back to the heights of its halcyon history.

This expectation has been fueled by the 10 year anniversary of the first iPhone, and the relatively unremarkable innovations in the last model - the iPhone 7.

Since 2008, Apple has followed a 2-year cycle for iPhone innovation. In the first year the company unveils a new design and in the second year the company takes that same design to its limits. In 2016, though, Apple broke from that pattern and released a 'second' second-year — iPhone 7.

Here's a round up of the latest rumours about the iPhone 8 - with more to come in the next 5-6 months:

Increased Screen Size: the holy grail from smartphone design seems to be an all screen front. This is expected to debut in the iPhone 8 (see picture above) and will require the removal of the Home button. The company filed patents back in March 2015 that described three different technologies used to scan fingerprints, including one – dubbed ultrasonic imaging – that can be used to recognise a print through a glass display.

Choice of 3 sizes: Rather than the conventional two size varients there is a suggestion that there will be three display sizes for the iPhone 8: 4.7-inches, 5.5-inches, and 5.8-inches, with only the largest model getting the OLED screen..

OLED screen and USB-C: A persistent report claims that Apple will finally move to introduce OLED displays - although they will have to purchase them from Samsung - as well as support for USB-C connections. Unlike conventional LCD displays, the pixels on an OLED screen produce their own light. That means the screen doesn’t need a backlight, saving power. But it also means that individual pixels can be turned off, allowing for truer blacks – thus improving dynamic range and widening the colour gamut.

Function area coming to iPhone: Apple could get a dedicated “function area” on the bottom of the screen, emulating the MacBook Pro Touch Bar.

Cameras as a portal to Augmented Reality features: A Bloomberg report detailed how Apple currently has a team working on augmented reality applications for the iPhone, and is developing depth-sensing technology that would enable this. Meanwhile Apple CEO Tim Cook has been talking a lot about dual-lens cameras which can help place virtual things into your real-world view.

Bump up the storage: the iPhone 7 ditched the baseline 16GB model and rumour has it the iPhone 8 base model will shift up to 64GB, with

New chip giving better battery performance: The iPhone 7 runs on the new A10 Fusion chip, but the iPhone 8 will utilise a newer chip set – probably the unannounced A11 processor. This upgrade should result insome serious power gains (or battery life improvements) from the iPhone 8. 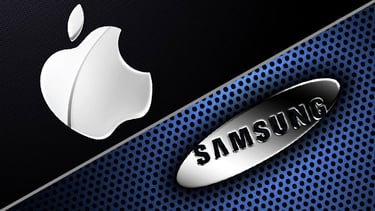 If you've plowed through the detail of all these features what might strike you most is the similarity.

The iPhone is moving to OLED display which the Galaxy already has, and both devices seem to be banking on the 'wow factor' being a greater screen-to-body ratio.

You could be forgiven for wanting to sit on the fence, and so far most everyone is.

Only one analyst has drawn a line in the sand and that's the famous Ming-Chi Kuo of KGI Securities, Taiwan, who is renowned for his accurate iPhone predications.

He claims the Samsung Galaxy 8 lacks "attractive selling points" and predicts the iPhone 8 will impact on its sales. His money is on the iPhone 8 to steal the show.

As Galaxy S8 lacks sufficiently attractive selling points (except full-screen design), the OLED iPhone could well be a bigger draw for consumers.

We are conservative on demand for Galaxy S8, and believe its contribution to the supply chain will be limited. Instead we recommend focusing on the sales outlook and supply chain momentum of Apple’s (US) OLED iPhone model.

In the end, only time will tell.