One bad Apple: Melbourne says no to Apple store in Fed Square

Melbourne City Council has rejected Apple's bid to build a flagship store in Federation Square, after receiving more than a thousand submissions against the plan. 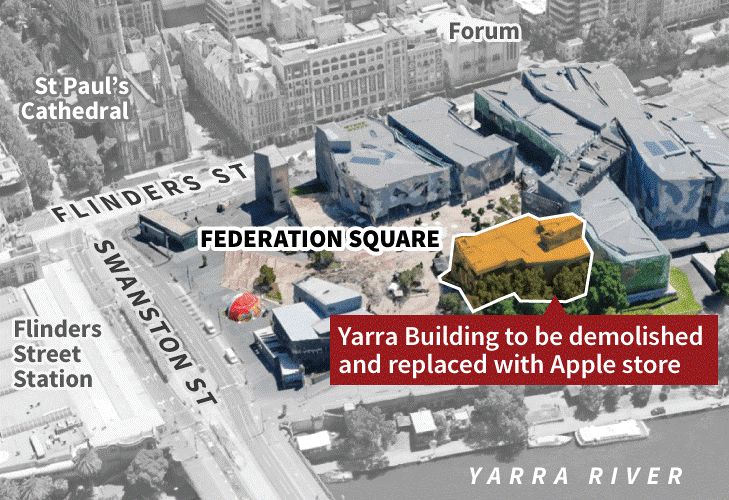 1100 submissions against the plan

It was just before Christmas 2017 when Apple, Federation Square, and the Victorian Government announced their plan to demolish the existing Yarra building in Federation Square and replace it with a global flagship Apple store. The planning permits had already been granted.

But what the three amigo's had underestimated was Melburnian's love for its iconic central gathering place and their determination that it should remain unsullied by rampant commericialism. This nostalgic view of the civic space was compounded by anger at the lack of transparency and public consultation in the planning process.

More than 1,100 submissions were subsequently received by Melbourne City Council, with only one in favour of the Apple store.

"It’s not just a numbers game, but those numbers are pretty compelling. None of us are blind to the community sentiment that’s been expressed over the last few days and shouted in our direction," said Cr Rohan Leppert.

Last week the Future Melbourne Planning Committee voted on the matter, with all but one councillor rejecting the plan and affirming the heritage qualities of the site.

The vote will not stop the Apple store, but it sends a clear message to Heritage Victoria, which will decide next month whether to permanently list Federation Square on the heritage registry, thus protecting it from development.

Heritage Victoria next to consider plan

Heritage Council Victoria, the independent body which determines whether buildings will be listed on the Victorian Heritage Register, is due to hold a directions hearing on whether to list Federation Square.

Brett de Hoedt, the spokesman for community group Our City, Our Square, accused the Federation Square authority of “playing dirty” by submitting the application before the Heritage Council hearing.

De Hoedt said that allowing Apple to build its flagship store in the public square, which also houses the National Gallery of Victoria and the Australian Centre for the Moving Image (ACMI) “will turn Fed Square into a lobby for Apple”.

Heritage Victoria has received more than 2,000 submissions, mostly opposing the proposal, since the application for demolition and redevelopment was opened for public comment two weeks ago.

Councillor Nicholas Reece said he supported the principle of an Apple store at Federation Square, but that the two design attempts from the tech giant have "fallen short".

"There’s a reason why the management of Federation Square are crying out for a store to go there, it’s because their business model is really struggling at the moment. They need the revenue and the people an Apple store would bring that to Federation Square," Cr Reece said.

Cr Reece said he felt if done right the Apple Store would enhance the area, however he was unimpressed with the designs proposed. 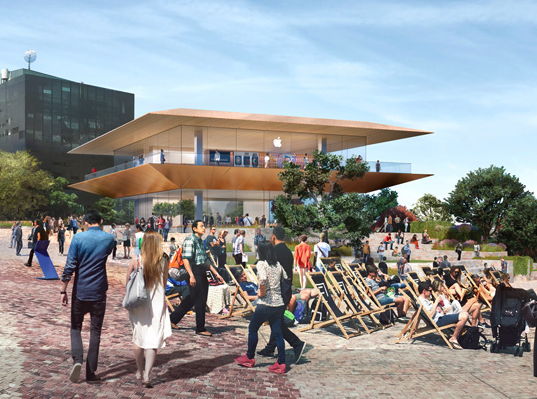