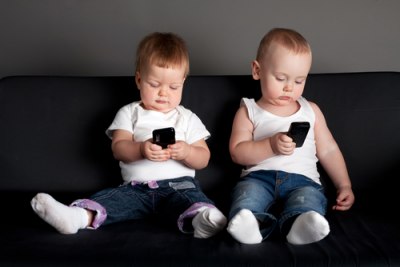 IT leaders need to balance digital machinism and digital humanism in organisations, according to industry market research leaders, Gartner.

VoicePlus managing director, Michael Giffney attended the Gartner symposium held on the Gold Coast and simultaneously around the world on 24-27 November 2014, and bought away the following learnings from a keynote address.

Digital machinists seem automation of tasks as the biggest virtue of technology. IT hleps to remove mundane, repetitive and inefficient tasks. The digital machnist thinks in terms of functional requirements, analysing and acting on data, creating control, and reducing complexity by establishing order.

The digital humanist thinks in terms of behaviours, emotions and interactions, not traditional processes. Instead of seeking control, the humanist seeks to participate, understand and provide freedom. Digital humanists believe that technology is there to put people at the centre, enabling what they want or even what they don't know is possible. The virtue of technology comes from being able to help people realise their ambitions.

Analogy of Digital Machinism and Digital Humanism in motion:

Digital machinists will have all kinds of opportunities to automate the response. The police and insurance can be notified immediately. City services can be alerted to a traffic obstruction problem and clean-up requirement. A machine can immediately inform the loved ones of the drivers.

The digital humanist, however, looks at the crash site very differently. The humanist system might first determine the severity of the accident and whether the people are conscious. The system will seek out health indicators and share them with emergency responders. Aware that the incident may be minor and the drivers might be embarrassed, the humanist system would ask them who to notify first and how. Technologies built by digital humanists act on the people's needs, understanding what they want, and asking for their preferences.

The car crash example illustrates the disconnect that exists between what businesses can do with the available information, and what they should do.

According to Gartner, many CIOs naturally adopt the behaviour of a digital machinist. But they say ultimately business moments are human moments.

"CIOS must look to shift the needle between the two philosophies, and find the balance between digital machinism and digital humanism. Machanism has helped them construct the foundation on which IT is built. But CIOs must also incorporate the principles of digital humanism to create an IT organisation that is prepared to capitalise on the business moments that drive digital business,

"When you get it right, the machinist part of the equation blends in, while the humanist part stands out. In the end, digital business is about mass personalisation, which requires massive amounts of technology. Digital buisness needs a thorough machinist infrastructure, but what makes the difference is the human approach," Gartner said.

Put People at the Centre

All design should be human-centred. It starts with observing people. Don't ask people for their requirements. Don't ask people what they want - watch what they do. IT leaders must put their people where the action is. Take into account social and cultural factors that drive human behaviour.

The moment that digital technology is in the hands of the end-users it will be used in both intended and unintended ways.The technology may also effect users' behaviours immediately, again in intended and unintended ways. Digital business leaders must listen, and get out of the way. The business results can range from new products, to new brand ambassadors, to new markets, and ultimately to true competitive differentiation. Create, Respect and Protect

The applications with digital technologies are limitless so organisations must adopt privacy by design and apply it consistently throughout the entire product life cycle. The defining principle is to treat end-users how you, as a customer, citizen and human being would like to be treated. Just because you can do something with the data collected, does not mean that you should do something with it.

This story is based on learnings taken from the following source: