How should we feel about Apple slowing down our iPhones?

It's a month since we found out Apple has been deliberately slowing down our iPhones. Should we be hysterical about this entirely expected 'news' or are we over it already? 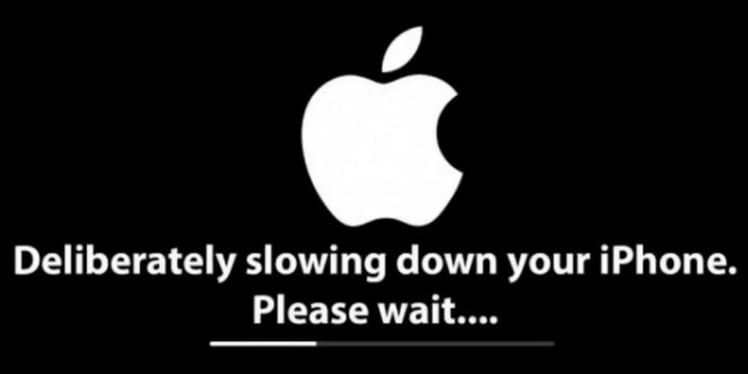 Apple has been slowing our old phones for years. We've always suspected it and now we know its true.

Their reasoning - the batteries in our older devices will not cope with the demands of newer versions of iOS and may unexpectedly shut down the device if battery performance is not managed.

Apple has apologised - though not so much for the action - more for the way it "was communicated."

We’ve been hearing feedback from our customers about the way we handle performance for iPhone devices with older batteries and how we have communicated that process. We know that some of you feel Apple has let you down. We apologise.

Apple explains that about a year ago in iOS 10.2.1, they delivered a software update that improves "power management during peak workloads" to avoid unexpected shutdowns on the iPhone 6 range and the iPhone SE. They needed to do this because:

"A chemically aged battery also becomes less capable of delivering peak energy loads, especially in a low state of charge, which may result in a device unexpectedly shutting itself down in some situations."

In theory that sounds reasonable however in practice it was not working out so well.  Apple was  "power managing" our devices to the extent the slow launch and loading was far more frustrating than the small risk of an unexpected shutdown.

It's not us, it's the battery's fault

Apple has tried hard to educate us that its actually not their fault they had to slow our devices. They are blaming it on battery technology. The battery does not last as long as the iPhone does (surprise).  They have devoted a whole web page to our education; see iPhone Battery and Performance

They want us to know that they were only slowing our iPhone to help us out.

First and foremost, we have never — and would never — do anything to intentionally shorten the life of any Apple product, or degrade the user experience to drive customer upgrades...

A chemically aged battery becomes less capable of delivering peak energy loads, especially in a low state of charge, which may result in a device unexpectedly shutting itself down in some situations.

It should go without saying that we think sudden, unexpected shutdowns are unacceptable. We don’t want any of our users to lose a call, miss taking a picture or have any other part of their iPhone experience interrupted if we can avoid it.

But then they did it to the iPhone 7!

It all sounds perfectly sort-of reasonable, but then they did the whole "performance management" thing to the iPhone 7. What!

The release of iOS11.2 in September last year included the battery performance management software being applied to the iPhone 7 and 7 Plus. At most, those devices were about 12 months' old.

Surely the iPhone 7 battery could not have deteriorated so much in one year that the device needed to be slowed down to manage the battery performance.

For millions of us globally, it was a mis-step too far.

Then on December 28, 2017 - in that time between Christmas and New Year when we are not taking much notice of the news - Apple released a statement to "regain the trust of anyone who may have doubted Apple's intentions."

Apple is reducing the price of an out-of-warranty iPhone battery replacement by A$80 — from A$119 to A$39 — for anyone with an iPhone 6 or later whose battery needs to be replaced, available worldwide through to December 2018. Details will be provided soon on apple.com/au.

Early in 2018, we will issue an iOS software update with new features that give users more visibility into the health of the battery in their iPhone, so they can see for themselves if its condition is affecting performance.

So how should we feel about this whole shenanigan?

Then we should let it go as Apple has assured us:

At Apple, our customers’ trust means everything to us. We will never stop working to earn and maintain it. We are able to do the work we love only because of your faith and support — and we will never forget that or take it for granted.

Apple Statement: A Message to our Customers about iPhone Battery and Performance, 28 December 2017