Downer is collecting data every ten minutes from 300 IoT sensors and 90 cameras positioned on each Sydney Waratah train, then using AI to deliver insights from the "trains with brains." 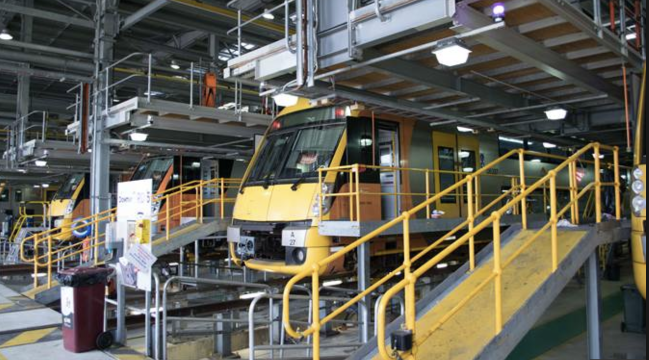 Every ten minutes, tens of thousands of signals are collected from IoT sensors onboard each of Sydney’s Waratah trains.

The data allows Sydney Trains to offer passengers real-time information about their journey, and is also transforming fleet maintenance.

Passengers waiting for an approaching train can know how full each carriage is with the data populating various travel apps as well as the transportnsw.info Trip Planner and Opal travel app.

The data also flows to Downer EDI Limited, which is using it to transform maintenance of the Waratah fleet  using a Microsoft Azure-based platform, dubbed TrainDNA. 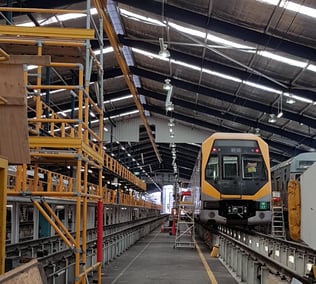 The TrainDNA platform, which went live this month after more than 18 months of work by Downer and Microsoft, ingests data from more than 300 in-built sensors on each Waratah set every ten minutes.

It uses data analytics and visualisation tools such as Microsoft's Power BI to help Downer’s engineers make sense of the massive snapshot of data, which adds up to around 30,000 signals.

Downer’s general manager of digital technology and innovation, Mike Ayling, says the ultimate goal is predictive maintenance, but the first step is to move from periodic maintenance to condition maintenance.

“Can we replace a manual inspection with a data drive inspection?

“[Currently] when a train comes in here and we look at it, we might have to replace things that we didn’t know we had to replace before so we’ve got to have a whole lot of inventory in our stores.

“Whereas if we know a week before it’s going to come in we can already have that part ready to go so that as soon as a train comes in it’s almost put on already.

”How do we really try and get to that Ferrari pit stop mentality of our maintenance, so that instead of taking three shifts [to do the work], we can do it in two shifts.

The data-driven insights mean the possibility of replacing – or at the very least – augmenting manual inspections without reducing train reliability or endangering passenger safety.

"We have been data rich but information poor"

Much of the data being gathered has existed since the Waratah trains entered service around five years ago, it took Azure’s machine learning to unleash it,

“We’ve been data rich, but information poor. And now we’ve started to turn that data into significant insights so that we can start to identify problems before they come.

“The ability to investigate issues and fix things is amazing compared to what we had before.”

Microsoft Australia’s national technology officer, Lee Hickin, says Downer has had all the information so "for us it’s been about working in collaboration with them to bridge that gap between all that data and applied intelligence – the AI."

The platform uses a traffic light system to flag issues with particular train sets, as well as offering engineers the opportunity to drill down on particular trains for a specific time period or compare and contrast with other trains over a longer period of time.

This lets engineers explore data types like temperatures, outliers in voltages or currents and the opening and closing times of doors.

Train DNA will control costs and keep trains on track

The next step, says Ayling, is to get the platform to a point where is pulling different data at different points in time depending on how useful it is for maintenance.

“At the moment we’re getting everything every ten minutes, but we’re going to change that profile to say that we want these more frequently.

“They’re trains with brains, but ultimately can we make them self-diagnosing.”

Train DNA could also help Downer get more out of the Auburn Maintenance Centre and keep costs under control as more Waratah Trains as more are introduced on the public transport network.

The government as recently as February announced its plans to order an additional 17 Waratah Series 2 trains. The depot was built for 78 trains but will soon have 130 plus.

VoicePlus has been partnering with Downer since 2012

VoicePlus has partnered with Downer for the past 7 years. We provide an agile managed router solution for remote and regional connectivity, have deployed intrinsically safe iPads for maintenance crews at an LNG gas plant, and delivered a solution to bring 4G signal to a remote solar farm.

Attribution: This post uses extracts from an article first published in IT News, by Justin Hendry on 16 April 2019.