Samsung unpacked its latest device - the Note9 -  at its annual Unpacked event in New York.  Other highlights were the new Galaxy Watch, Galaxy Home, and a partnership with Spotify. 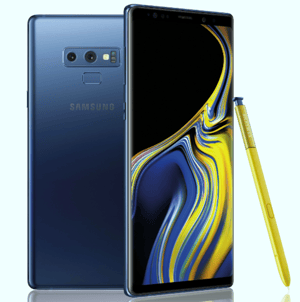 How is the Note9 different from the Note8?...let's break it down.

In a sentence the Galaxy Note9 comes with larger battery, storage, screen (marginally) and price.

The difference is not in the design which looks and feels the same as the earlier iteration. The only design change worth a mention is the relocation of the fingerprint scanner. It is now underneath the camera, rather than alongside it eliminating many accidental lens smudges.

The main differences in the Note9 are invisible.

The battery at 4000Ah is the largest to date, while the storage is also larger with half a terabyte onboard, expandable to one terabyte. The screen is fractionally larger at 6.4 inch versus 6.3 inch.  The Galaxy Note9 is also Samsung's most expensive smartphone to date starting at AUD$1499.

Perhaps the most overt improvement is the new uses for the S Pen. The stylus includes Bluetooth, which allows it to perform various functions like doubling as a remote shutter for selfies and presentations. Despite now requiring battery power to run, the S Pen has super-capacitive charging, so re-powers when replaced inside the Note9.

The device ships with Android OS Oreo 8.1 and Bixby 2.0. The 2017 updated Bixby added new features, such as the ability to search for nearby events, make restaurant reservations, and order Uber rides.

Preorders of the Galaxy Note9 from VoicePlus attract bonus offers valued at $744. These include an automatic upgrade to 512GB memory and a free Galaxy Tab A 8.0.

Samsung is banking on the Note9 to lift an otherwise declining global smartphone market. 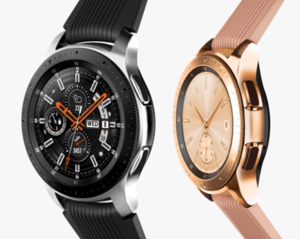 The third generation of the Samsung watch is available  as a WiFi/Bluetooth-only version, and an eSIM-enabled version. The device is now known as Galaxy Watch  with Samsung dropping the Gear branding.

The main new feature is the hybrid SIM that allows standalone connectivity. For a few dollars a month more to the network carrier, the watch becomes a second device on the same number allowing the user to receive  notifications, check emails, listen to music and answer messages without needing the paired smartphone to be nearby. Of course, Apple was first to bring this feature to Australia when the Apple Watch 3 launched earlier this year.

One feature where Galaxy Watch has it all over Apple Watch 3 is battery life. The former boasts up to 80 hours of heavy use compared to Apple's 18 hours.

As you would expect the Galaxy Watch is also a fitness and health tracker, calendar and diary. It has GPS, Samsung Pay and is water-resistant up to 50 metres. 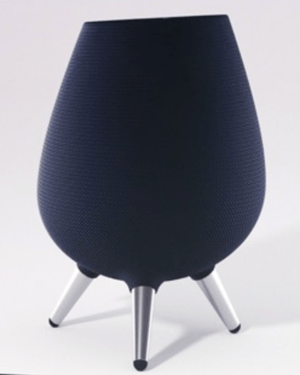 Samsung announced the Galaxy Home with six speakers and a subwoofer, eight mics, and including Bixby and Spotify support. However, we will have to wait until the Samsung developer conference in November for more detail.

What we do know is Google has Alexa, Google has the Echo and Apple has Siri. Samsung has Bixby, although it is possible that a second digital assistant could be added to the device.

Amazon’s and Google’s smart speakers both support all kinds of app integrations, from smart lights to ordering pizza to storytelling apps. Samsung hasn’t said what, if any, support it’ll offer for third-party apps.

The Galaxy Home pricing and availability will be announced at the Samsung developers' conference on November 7. However Apple's HomePod retails at $499, at Galaxy Home is expected to be at a similar level.

The Galaxy Home doesn’t have an aux port, meaning the only way to play music is by streaming to it. Fortunately, Samsung announced that it’s partnering with Spotify to bring its music streaming service.
Spotify has become the "go-to" music provider for all of Samsung's hardware. The music streaming service will now be a part of the initial setup process for all Samsung smartphones, tablets, smartwatches and even its new smart TVs.
The union makes perfect sense for both Samsung and Spotify. Samsung, of course, is the #1 competitor to Apple in the smartphone market, and Spotify's main competition is Apple Music, so making it easier for a user to discover the Spotify app on a new phone goes a long way towards acquiring that user as a customer before Apple Music has a chance to.